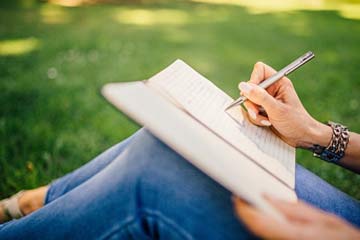 It is a common saying that well begun is half done. And, it is very much true too. Most writers, even the well-established ones, usually struggle at beginning their stories or books. Then what is the key to begin writing your true masterpiece?

Discover the one true idea you want to write about

It goes without saying that once you know what you want to write about, you have to understand the minute points and details of the subject with a proper knowledge and clarity. It is time that you get ahead with the research about and learn as much as you can about the sources that you think might help. For example, if its related to a real event, go and visit the place, read news about it, question people who might have details about the same and you can definitely Google for finding any information you’ve missed. Or, suppose if it’s a fictional story set in a fictional world of medieval ages, you may want to research about the real setting of the medieval ages in the countries that your fictional world is close to. Learn and note down the details about the places, the items, the characters, and everything else that you need through out your story.

Putting the first few sentences to pen and paper

Now that you’ve the true idea you want to write about and you’ve researched about it. It is time that we get down to do some actual writing. The first few sentences of your writing should be a mixed taste of many delights. They should have a momentum, they should have power to compel readers to read on, and most importantly they should explain the reader that what they should be hoping for. It’s not necessary to reveal the conflict head on in your starting lines, but you should provide something of the plot and settings through the opening paragraph. In their absence a reader might not even want to continue further ahead.

Too much flare or none at all

What should the first lines cover is a critical question that you have to answer yourself. If you start it big and throw up the intensity and extremes of your story directly, there are great perils that await you. What would a reader do if rest of the story doesn’t live up to the first lines? Or, what would a reader do if the extremities of the writing send them off the track, and they are confused and muddled about everything that your masterpiece contain? Of course, in both the cases they would tend to lose the story and put it down as soon as they could. Now, consider the other scenario where your story starts with a man who wakes up, and go to the bathroom and brush his teeth and take bath and leave for the office, and work all day, and comes back to go to bed. I don’t think the readers are not acquainted with that kind of lifestyle or I don’t think anyone finds it interesting enough to catch up on. The dullness earlier on would definitely lose you a good amount of potential readers. Thus, write the first few lines such that they are not too ostentatious and not too daft.

If you’re not too tight on time, and there is a scope for you to experiment, you may want to try out different starting points and see which one suits your story best. You may even take advice from a few about what suits best, though it is not recommended, especially if you’re too easily convinced, as in most cases since it might affect how you originally thought about your story-line, which is not too good for a writer.

It is a good practice to revise what you’ve written and see if it really fit the ending that well. Sometimes, writers start at one level and by the time they are at the end, they have completely lost a coherence with what they had started. So, it’s important to revisit the beginning after you’re done with the story. Also, it gives you an opportunity to edit any grammatical errors and improve upon the theme and certain facts that you might have explored through the course of writing the story.