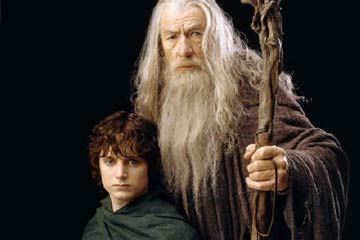 If you ask me one thing to name which is the most important element of a novel, then I would name character(s). A well-formed character can set itself in the heart of a reader and force them to love them, live them, at times hate them, think like them, and maybe act like them. Such is the power in a character. If you’re looking for a proof to what I just said, haven’t you ever heard of character cosplaying? People, in fact, dress like their favorite characters, talk like them, quote them every now and then, and if that’s not enough, tell me why do people register at the fan sites with the names of their favorite characters, instead of their own?
Now, the question is how can writers create such likeable, powerful characters? In this article, we’re going to discuss just that.

It’s a common saying – first impression is the last impression. And, it does hold true especially in cases of books. When you introduce your character to the reader for the first time, you have to throw your best shot at them. If you don’t land the goal straightway, you’re never going to land one. The reader might not even read through first few chapters if they don’t impress enough, if the character doesn’t inspire them.
Don’t forget that, though, names don’t hold much ground by themselves, they’re an integral part of character building. For example, if your character is called Paisley Lightpuff, anyone would think that she would be a sensitive, emotional, beautiful girl, ageing somewhere from childhood to her teens. Or, if your character is called Robert Stronghand, it hints towards a middle-aged man with long beard, and tall and muscular frame. Check for the root meanings too, for example, for a muscular character the name Bryant (meaning strong) can be chosen. Not everyone would now the meaning straightaway, but if they do, it will add to the character’s build.
After you’re done choosing the names, it is time to introduce them. Writing the first scene is toughest, nearly as tough as writing the climax. The scene should be interesting, engrossing, unique, and not over-polished. If your opening scene features Paisley running through a field full of yellow flowers and chasing butterflies and concludes with her crying for not being able to catch them, it might impress a few, but majority would just put the book down and never lift it again.
Now consider the opening scene for Eddard Stark in Games of Thrones (by GRR Martin), where he punishes a deserter for abandoning the post. The character was instantly set up as an honest man who lived by his true principles. The scene had impacted most readers so greatly that they hoped him to be the character who was going to see the whole series through as the most prominent leader (SPOILER ALERT: However, GRR Martin had different a destiny for him).
Anyhow, what we can learn from this example is that your opening scene must be framed so that it has an everlasting impact on the reader.

Having said that your character needs to have an everlasting impact on the reader, next thing I am going to tell you that your character cannot be perfect or flawless or constant. Such characters are boring, and can never hold on to the readers for long. In fact, characters which are like normal people around us are more likeable as compared to those who cannot exist in reality. A perfect swordsman has to get defeated and early in the story, a girl with strong resistance to tackle most difficult emotional circumstances has to find herself breaking before a situation she never thought she could have faced. What I am trying to say is your characters needs to change. They need be a part of a conflict. They need to fail and then rise to success again. They need to pass through troughs and crests and evolve through the process. However, do not go to the extreme as even that might prove to be a turn off. Keep up the balance and see how your story progresses to a good position at a good pace.
Also, the readers should be able to live through the characters. You character should be understandable, well-expressed (if not through actions and dialogues than through internal thoughts), and complicated in a sense that he/she had certain passive traits that either makes them great or worst. For example, your lead character is a bully and acts like an asshole all the time, but when his neighbor is in a dire need he stop being an asshole and goes to the extreme to help the neighbor in need. Such a character more likeable than a character who is a good boy, scores good grades, is good at sports too, everyone likes him, and he has no kind of trouble in his life. A reader needs something they can connect to, and it’s either too hard to connect to someone who doesn’t seem real, or it’s hard to build up a great touching story around a perfect character without a trouble in life.