“Plot is no more than footprints left in the snow after your characters have run by on their way to incredible destinations.”
― Ray Bradbury, Zen in the Art of Writing 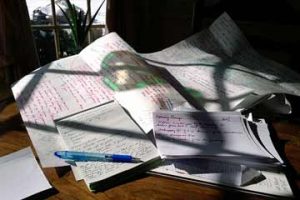 When you plan to start a novel there is nothing but a blank sheet before you. It is up to you to convert that blankness into a piece of excellence or a paper hardly good enough to wipe your dirty hands. The question is what how and where a writer should begin. There are a few elements of novel writing that forms the basis of a great novel, as we have discussed before. One of them, in fact the most important of them is The Plot.

What is a Plot?

If you’ll ask me to define a plot, it is the architecture of a novel linking and weaving the whole storyline through a series of events build around one or many characters to reach a conclusive ending.

How should it be?

Which author doesn’t want his/her book to be bestsellers? Answer is none. You and every other writer out there wants that their novel should be great to read and even greater to sell. Thus it becomes important that the beginning of your book has that spark which will lift the spirits of the reader and compel them to never put it down before they’ve reached the conclusion.

However, in order to achieve such a marvel, there are things that your plot must contain.

Anatomy of the Plot

Broadly the plot could be divided into subheads in order to understand and build your plot more easily.

For example, in the famous Lord of the Rings novels, early in the story Frodo Baggins with the help of Gandalf the grey learns that he is in possession of a powerful and evil ring. He is, then, faced by a situation where he must escape from ring wraiths with the ring to meet Gandalf at Prancing Ponies. To meet Gandalf was a decision that changed Frodo’s life forever, and he was thrown into an adventure. However, reaching Prancing Ponies didn’t conclude the story; in fact, it only led him into a greater part of the plot. The plot line is concluded in the end when the Ring is destroyed.

Points to remember while Creating the Plot