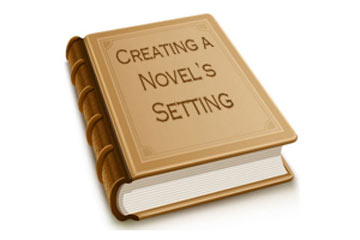 Among the basic elements of novel writing after plot and character development, setting is the most important issue to consider. It is unarguably an important essence of a novel, without which the whole book might seem even after a good plot and character development. And, therefore a setting for a novel should be built in a similar manner as the characters are built.
Now, before we go any further we must know what ‘setting’ actually is. It is not only the streets, the roads, the mountains, the rivers, the building, and the rooms, but much beyond. It is the actual path the characters take, the atmosphere where they live and breathe and time where the characters evolves. Through a descriptive language, a rich and a captivating style the writers can build a great ambiance that the reader would be able to feel as much as he feels a real one.
Many writers often have doubts whether to keep a real setting or acquire an imaginary one. I would say any of them works well, as long as it is engrossing and fits the plot and characters well. In fact, if a writer wants he can even blend a real world with a fictional one to create a greater setting.
Many experts have different opinions about the importance of a setting in a novel. According to some a setting is more significant in a few stories, while can be of little importance in others. However, what’s the harm in creating a setting which comes to life in the reader’s mind? See to it that when you’ve created your story’s world it is able to inspire you, it is able to move you enough and if it doesn’t try improving upon it.
After you’ve chosen what settings you’re going to use in your story, it is time to get to the work. Creating a setting is a bit similar to creating the characters. First of all, you must do a preliminary research and compiling of everything you need. If your setting is a real place, you must visit the place several times, take its pictures. Now when it is somewhere in your neighborhood, it wouldn’t be too difficult but if it is in a far off place, or even a different country altogether you might not have a chance at doing that. But that’s not the end to your hopes. You may read about it through various books, travel guides, or over internet, browse its pictures and have them imprinted inside your head so that you can easily bring them to life through your words.
Next thing you must do is note down the names of all the places (or, at least the places you’re are already sure of using in the story), then note down a little about the place, their topography, weather, neighboring towns, structure of the buildings and houses, places of importance, what someone might see when viewing out through the window and everything else that you may need through the course of the story. Also, you must also know what kind of people live in that place, their culture, and other things. If it’s going to involve wildlife too, then have something figured out about that too. Some people may not need to note all that down, but it is still safe to do so.
Now, when you’re down to writing the actual stuff, keep the various points in your mind. With each scene you may need to introduce the settings little by little. Try not to overwhelm your readers with too much information, rather overwhelm them with the quality and ability to bring everything to life. Reveal the places only as much as the story demands. Not too less, and not too much.
When retreating to the same scene again later in the story, some writers may try to describe it all over again, while other may not do it at all. None of the methods is really useful. Have the place described a little differently from the last time, and also cover up things you might have skipped in the previous scene. You might even try to provide your readers with finer details this time. However, try not to wander too far off the plot and your characters. Setting is still of lesser importance than the characters, and it shouldn’t overshadow them.

How to create characters that are likeable and engrossing