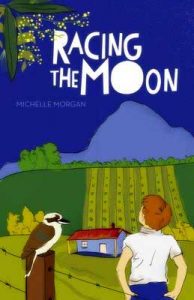 Inspired by his father’s previous illegitimate profession, Joe Riley starts off earning his pocket money in a rough and tumble neighbourhood of Glebe. He gambles on Billycart races and sells farm fresh eggs from his uncle’s chook farm.
His real struggle, however, starts when his family sends him off to St. Bartholomew’s Catholic boarding school. He is faced with the challenge of putting through a hard time involving homesickness, loneliness and attempts at sexual abuse (yes, you heard it right).
Later, he is expelled from the boarding and sent off to a reform school on the south coast known as The Farm. Initially, the work involving working the land and tending the animals finds him in a tight spot. But as he spends more and more time there he discovers an inner strength and peace, setting him free and developed into a better person.
Overall the story is inspiring, and well-written considering the topic it targets is a difficult and sensitive one. For a first novel Michelle Morgan, the author, has done a tremendous job. I would definitely recommend the book, though, with the inclusion of the incidents about gambling, child assault and sexual abuse, it is difficult to decide what age-groups it is suitable for.
I’d be looking forward to reading the sequel of the book (which is already written according to Michelle’s updates).

[PS: I received the book through Giveaway] BUY ON AMAZON BUY ON FLIPKART